Seeing into the future - Kathmandu's nightmare

Last week I had the opportunity and privilege to spend time in beautiful, crazy Kathmandu. We were there as part of a gathering of Red Cross and Red Crescent Societies from all over Asia Pacific. Colleagues from as far afield as North Korea, Mongolia, Maldives, Philippines, China, Laos, Cambodia, Japan, Australia, Thailand and East Timor, to name a few, were working together to try and improve our emergency response and preparedness. 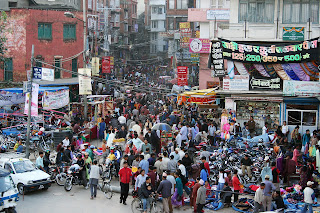 Fail to prepare - prepare to fail, is what Roy Keane used to mantra all the time. And of course he's right. But in Kathmandu's case the future will inform us on the usefulness of foresight. We know for instance that Kathmandu tops the list of the world's most at risk cities in danger of being stricken by an earthquake.

Seismologists are certain. Indeed they agree that it is overdue and that the longer time passes without it happening the worse it is going to be. Right now there is general agreement that the would-be quake will register 8 or more on the Richter scale i.e. about ten times harder than Haiti's horrible quake. And this will happen in a city of 2.5 million people living in cramped, poorly constructed homes, with little or no awareness of the imminent dangers.

Aid agencies believe that the one-strip runway will be destroyed and rendered useless, possibly for weeks. Even if it isn't its capacity to cope with the aid that will be required is worse than Haiti's (which could take four planes an hour - and only if it had the resources at hand to unload the cargo fast enough - you may remember that particular controversy) - but Haiti had ports and Kathmandu is landlocked, mountainous, inhospitable terrain - especially for a massively urgent aid operation. Logistics experts who know the region say Kathmandu could be cut-off for more than one month. 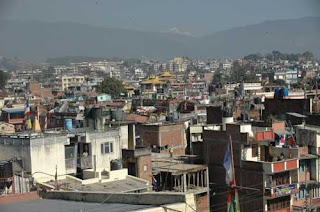 Casualties in Kathmandu are expected to be huge, some say that they will 'incapacitate' 70% of potential workforce (working to rescue, evacuate, support the injured etc.). There are plans to evacuate survivors to flat areas which are safer from aftershocks and more accessible for air-drops and so forth. The only problem here of course is that most of these areas are high in the mountains far from any services such as water and sanitation.

These are the type of reality-based conundrums that local government, civil society organizations and other actors such as ourselves are trying to get our heads around in Kathmandu (and in Delhi, Istanbul, Tehran, Ecuador, Manila and other hot spots). Preparing now to mitigate loss of life and injury is important but massively complex. Preparing for the response likewise. It doesn't bear thinking about but think about it we must.