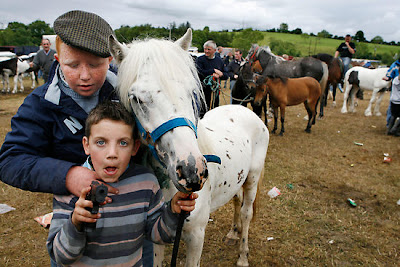 I'll let Conneally or Lacken or McClean or Deely or someone else wax lyrical on the curious combinations but for now I want to celebrate the man and the method behind the words of one of Ireland's most famous and badly-sung songs, "Spancilhill". Or "Spencer Hill" as I thought it was when first I heard it.

No wonder, it's usually butchered by booze, verses juxtaposed and half sung, or even put to

the music of "Ghost riders in the sky" complete with "Yippie-yi-ya, yippy-i-o"s.

Oh yes Spancilhill exists, there's even a website warning ORGANISING COMMITTEE ACCEPTS NO RESPONSIBILITY FOR ACCIDENTS TO HORSE RIDER OR INDIVIDUALS. But as I've never been, I'll leave it to others to reminisce on the famous fair. Or the disused Calcite mines.

The song's been on my mind as emigration increases from Ireland, and begins to take on a similar mythology it had in previous waves. The early Ryanair out of Dublin the equivalent of the 8.45 (am and pm) boat-train from Holyhead to Dun Laoghaire in the 80s, or the mailboat
in the 50s. Scattered to the wind and waves, re-convening on large islands like Australia, or smaller ones; Ellis, Staten, Dogs. Or like myself, isolated in a country without an Irish community. Is the "saudade" worse when lived alone, or with peers? Answers on a postcard...

Probably the greatest song of emigration, at least of how it relates to my generation, the soundtrack to the "hungry eighties" is "Thousands are Sailing" by the Pogues, which is well worth a post-Tiger spin.

McGowan is a gifted poet in his own right. We’ll celebrate him elsewhere on this blog I am sure. He has done the one thing that Michael Considine, author of "Spancilhill" couldn't: he has lived. And - sweet Jesus - how he has lived. Or perhaps, sweet Jesus, how has he lived?

Considine was born around 1850 and emigrated to the USA from Spancillhill around 1870. Some of his siblings came with him, but some stayed behind. One of his brothers, Patrick, died, leaving his widow to look after a five month old son called John (pay attention, that
detail is important).

Michael went to the USA with the intention of bringing his sweetheart over and for them to be married, but he never saved enough money for her passage. His sweetheart was "Mack the Ranger's Daughter" and not "Ned the Farmers daughter" as in the popularised version. She was his childhood sweetheart, Mary MacNamara.

Michael worked in Boston for two years or so before moving to California. He suffered from ill health for a long time. Knowing he hadn't long to live, he wrote the poem "Spancilhill" to send home in remembrance of his love. He sent the poem to his nephew, John,
Patrick's son, in Ireland.

In the late 1930s or early '40s, Robbie McMahon, a local folk singer and composer, during an Irish traditional music session in Spancillhill, was in a neighbour's house with some friends singing when someone suggested singing "Spancillhill". The woman of the house, Moira Keane, left the room and when she came back said, "If ye are going to sing that song ye might as well sing it right" and she gave Robbie a script of the original.

Some time later at another session in the parish Robbie was asked to sing "Spancilhill" when a gruff voice in the corner growled out "Don't sing that song". When asked "Why not?" the voice barked back " 'Cos ye don't know it."

Robbie, however insisted he did and launched into the version he'd got from Moira Keane. After singing a few lines Robbie noticed the gruff man sitting up and paying attention. As Robbie progressed with the song the gruff man foostered more and more with his cap and became agitated. When the song ended, the gruff voice in the corner demanded "Where did ya get that song?" in a tone both perturbed and pleased.

Moira Keane was the gruff man's aunt and the gruff man was 76 year old John Considine, who had kept his uncle Mike's song safe for 70 years. 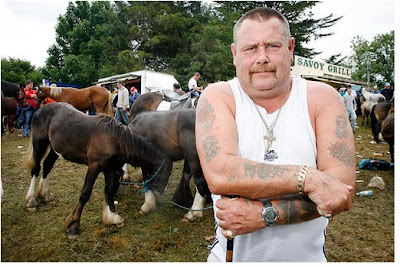 Despite being a terribly simple rhyme, the type you'll find on any hallmark card, the song is deep and lovely. The rhyming scheme is AABB (or in fact AABB CCBB DDBB etc, as the third and fourth lines end with "...ill". Whenever I hear it now I can' help but think of the tragedy of Michael Considine, composing this piece of beauty sitting in a chair or propped up in a bed in California, slipping in and out of consciousness, knowing he'd never, ever again see Mary. No facebook in those days, no webcams. Probably for the best.

So forgive me for taking up your screen, but here's all eleven stanzas and a sung version. I've searched the web high and low for something approaching a definitive version, and the one by Geasa, which I'd never come across before ain't bad. Nor is Paddy Reilly's, the Dubliners' or many others. If, however, you can't afford an emetic, and botulism is too extreme, I recommend the Corrs wimpish piece of saccharine.

There's a few hundred versions out there in webland, many of them good, too many contrived, and just a few verging on brilliant. And as if to prove that you have to be very very good to make anything look effortless, I've picked Shane and Christy's version. Ruined slightly
by Gaybo's whooping at the end, but still and all a great piece of work.

Last night as I lay dreaming, of the pleasant days gone by,
My mind being bent on rambling and to Erin's Isle I did fly.
I stepped on board a vision and sailed out with a will,
'Till I gladly came to anchor at the Cross of Spancilhill.

Enchanted by the novelty, delighted with the scenes,
Where in my early childhood, I often times have been.
I thought I heard a murmur, I think I hear it still,
'Tis that little stream of water at the Cross of Spancilhill.

And to amuse my fancy, I lay upon the ground,
Where all my school companions, in crowds assembled 'round.
Some have grown to manhood, while more their graves did fill,
Oh I thought we were all young again, at the Cross of Spancilhill.

It being on a Sabbath morning, I thought I heard a bell,
O'er hills and vallies sounded, in notes that seemed to tell,
That Father Dan was coming, his duty to fulfil,
At the parish church of Clooney, just one mile from Spancilhill.

And when our duty did commence, we all knelt down in prayer,
In hopes for to be ready, to climb the Golden Stair.
And when back home returning, we danced with right good will,
To Martin Moilens music, at the Cross of Spancilhill. 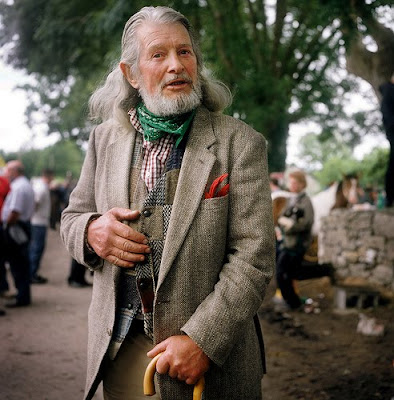 It being on the twenty third of June, the day before the fair,
Sure Erin's sons and daughters, they all assembled there.
The young, the old, the stout and the bold, they came to sport and kill,
What a curious combination, at the Fair of Spancilhill.

I went into my old home, as every stone can tell,
The old boreen was just the same, and the apple tree over the well,
I miss my sister Ellen, my brothers Pat and Bill,
Sure I only met my strange faces at my home in Spancilhill.

I called to see my neighbors, to hear what they might say,
The old were getting feeble, and the young ones turning grey.
I met with tailor Quigley, he's as brave as ever still,
Sure he always made my breeches when I lived in Spancilhill.

I paid a flying visit, to my first and only love,
She's as pure as any lilly, and as gentle as a dove.
She threw her arms around me, saying Mike I love you still,
She is Mack the Rangers daughter, the Pride of Spancilhill.

I thought I stooped to kiss her, as I did in days of yore,
Says she Mike you're only joking, as you often were before,
The cock crew on the roost again, he crew both loud and shrill,
And I awoke in California, far far from Spancilhill.

But when my vision faded, the tears came in my eyes,
In hope to see that dear old spot, some day before I die.
May the Joyous King of Angels, His Choicest Blessings spill,
On that Glorious spot of Nature, the Cross of Spancilhill.