Civilians suffer most in War

Today, the International Committee of the Red Cross, released ground-breaking research on the impact of armed conflict as expressed by the civilians whose lives it affects. No prizes for guessing the conclusions of the report - civilians bear the brunt of war. A far cry from the Battle of Solferino, 150 years ago, which kicked off the Red Cross movement, when one civilian reportedly died among 44'000 military casualities. The data collected from 4000 interviewees across eight countries makes interesting reading and here, HDEO provides a short preview of the 90 page report. 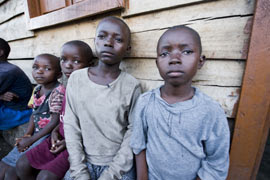 This research focused on some of the most troubled places in the world which are either experiencing situations of armed conflict or armed violence or suffering their aftermath: Afghanistan, Colombia, Democratic Republic of the Congo, Georgia, Haiti, Lebanon, Liberia and the Philippines.

This research was undertaken in countries that are currently experiencing or have experienced armed conflict or other situations of armed violence. The aim was to develop a better understanding of people’s needs and expectations, to gather views and opinions, and to give a voice to those who have been adversely affected by armed conflict and other situations of violence.

This research has been commissioned within the framework of the Our world. Your move. campaign. Launched in 2009, the campaign's goal is to draw public attention to the vulnerability and ongoing suffering of people around the world. The intention is to emphasise the importance of humanitarian action and to convince individuals everywhere that they have the ability to make a difference and reduce suffering.

2009 is an important year for the International Red Cross as it celebrates the 150th anniversary of the Battle of Solferino, which gave birth to the worldwide movement of Red Cross and Red Crescent that we know today.

In 1999, when I was moving as an ICRC delegate from an assignment in the Balkans to Afghanistan, we undertook a similar survey entitled People on War, which now serves as a good basis for comparison of trends over the last 10 years. 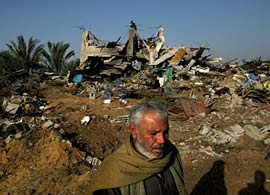 Almost half (44%) across the eight countries surveyed have personal experience of armed conflict – but even this does not fully reflect the impact of such events on their lives. The consequences of armed conflict are felt beyond those who are immediately affected.

In total, around two-thirds of persons (66%) have been affected in some way – either personally or due to these wider consequences – and this includes almost everyone in Haiti (98%), Afghanistan (96%), Lebanon (96%) and Liberia (96%). 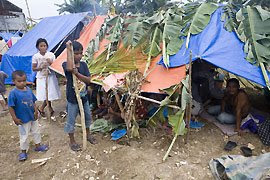 Displacement, the separation of families, and economic hardship are day-to-day realities for many

Of all the people who have experience of armed conflict, 56% have been displaced. In certain contexts, this number is higher such as in Afghanistan, where 76% have been displaced, in the Democratic Republic of Congo (DRC) 58%, in Lebanon 61% and in Liberia, almost nine in ten (90%) of those interviewed responded that they had to leave their home.

Across the eight countries in this study, these figures equate to several millions of people having been displaced. Almost half of (47%) respondents who have experience of armed conflict say they have lost contact with a close relative. It is 86% in Liberia, 61% in Afghanistan, 51% in Lebanon, 47% in the DRC, and over one in three (37%) in Haiti.

Worse still, many people (28%) say that close family members have been killed by the fighting, including 69% in Liberia, a quarter of those in Lebanon (26%) and the DRC (25%) - and 45% in Afghanistan. People also face a range of dangers to their health, liberty, self-respect and state-of-mind. On average across the eight countries:

As well as displacement, many have suffered serious damage to their property, or seen their homes looted. Lack of access to basic necessities and to healthcare is yet another widespread problem, particularly in Afghanistan and Haiti, where most people have suffered a lack of both.

Last but not least, there is an enormous economic impact for people. Many have lost their means of income due to armed conflict including over half in Afghanistan (60%) and Lebanon (51%) and two fifths in Haiti (40%).

People have many fears resulting from the traumatic events around them

Faced with so many threats, what do people fear the most in armed conflicts? Three top issues emerge:

Beyond this, there are notable fears in individual countries:

A comparison was made between people's fears and actual experiences. In many cases they are similar. Sometimes, people’s fears and experiences match. For example, displacement and economic hardship are a fear and a reality across the eight countries. There are also specific examples such as in the DRC, experience and fear of sexual violence are both very high, at (28%) and (36%) respectively. In other cases, fear and experience do not match. For example, across the eight countries the fear of being deprived access to basic necessities / healthcare is far less prevalent than the reality based on respondents’ feedback. Understandably, people more often fear the death of a family member than they do separation from them – but in reality, the latter is more likely. 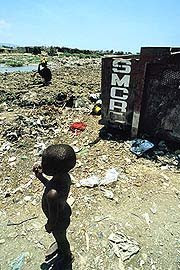 Above all, people caught up in armed conflict need basic provisions and protection

There are other needs as well. People say that families must be kept together (18%), and that respect/dignity must be maintained (14%). Psychological support is mentioned by 12% overall. In individual countries, other factors also emerge. Economic help is reported as a particular need in Colombia (35%), and those surveyed in Georgia are especially focused on a resolution to the conflict (23%).

However, people face a number of barriers to receiving help

For people in need, receiving help is not always straightforward. Some 59%of respondents across all countries surveyed cite corruption as an obstacle to receiving help. This figure includes 85% in the Philippines, 82% in Colombia, 81% of persons in Liberia, 75% in Haiti, and just over half of those in Afghanistan and in the DRC. People also face restrictions due to social status/discrimination (37%) and black markets (33%). Other factors include inaccessible locations (39%), or a basic lack of knowledge that help is available. This latter factor is most cited in Haiti (50%), Colombia (41%), the DRC and the Philippines (37% each).

Some people also fear that accepting help may have repercussions for them, such as rejection by the community (13%) or the perception that they are aligned with the ‘wrong side’ (20%). However, aid is rarely refused because it is not needed or not wanted; fewer than 10% in most countries reported this. 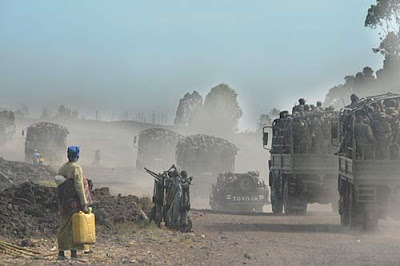 Wide support for direct action by ‘the international community’

People also want peace talks/negotiations (34%), trials of leaders accused of war crimes (25%), financial support for humanitarian organisations (25%) and awareness raised of civilians’ plight (17%). These actions are supported in all countries. In Liberia, most people want peacekeepers (65%), and in the Philippines and Afghanistan, half call for emergency aid (52% in each). Military intervention is most widely supported in Liberia (37%), the DRC (36%) and Afghanistan (34%).

However, people generally do not want economic sanctions; just 10% of those surveyed endorse the use of economic sanctions. This perhaps reflects people’s fears of the financial impact both on their own families and on their countries’ economies. Nor do people want the international community to rebuild national infrastructure.

How can those living outside armed conflict zones (i.e. citizens in other countries) best help?

Respondents in all eight countries emphasise:

Donations of goods and money (45%). Those in Lebanon, Liberia and Georgia

particularly want to see donations of money; Support for organisations that help those affected by armed conflict/violence (48%); Volunteering cited by 33% on average, and by 47% in the Philippines and 43% in Liberia.

Some 39% of those surveyed support the idea of applying political pressure on legislators, including at least half of those in Colombia, Afghanistan and the DRC. Journalists and the news media, were also cited, and many people see them as having some role to play. This is particularly evident in the Philippines (42%), Haiti (32%) and Afghanistan (22%).