Keeping an eye on South Sudan 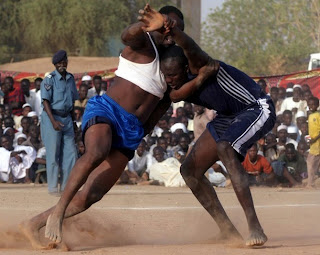 There are many fractious areas where tensions can be easily stoked. Places like Malakal, Abyei, Kordofan and the Nuba Mountains. In Malakal, a beautiful town by the banks of the Upper Nile that lies along the north-south divide, more than 100 people were reported killed in clashes last month. This brings a total of more than 2000 people killed in Southern Sudan already this year. Arguably as explosive as the still unresolved Darfur conflict.

The Nuba Mountains, a former frontline region in Sudan’s north-south civil war is set to remain tense, years after the 2005 north-south peace agreement, local leaders and analysts say. It is an area famed for its rhythms, art, wrestling and, it has to be said, incredibly beautiful looking people.


Comprising some 48,000sqkm of green uplands and farmland, the area is part of northern Sudan’s Southern Kordofan State, but remains politically dominated by the southern-led Sudan People’s Liberation Movement (SPLM).

Tensions and mistrust have remained high between Sudan’s north and south - major political, ideological and religious differences are unresolved – not least in the Nuba region.

"Security is a big problem, with violations and hostility between two parties - the SPLM and the NCP [National Congress Party], and a lot of conflict between tribes," said Kamal al-Nur, commissioner of SPLM-controlled Heiban County in Southern Kordofan.

"We are concerned that violence will escalate as we come closer to the elections - and in the period after the elections - to the referendum," al-Nur added. General elections in Sudan are slated for April 2010, before a southern independence referendum in 2011.

The area is characterized by a mix of ethnic groups and coexistence between Muslim, Christian and traditional believers.

"We fought for long years… for equality, for the right to live as we want and not under the [Islamic] Sharia law of the north," said Younan Albaround, the SPLM chairman in Kauda, the party’s former headquarters for Nuba during the war.

Unlike Southern Sudan and the oil-rich region of Abyei which are due to vote on independence and self-determination in 2011, the 2005 peace deal only set out arrangements for interim power sharing and ”popular consultation” in Southern Kordofan and Blue Nile states. 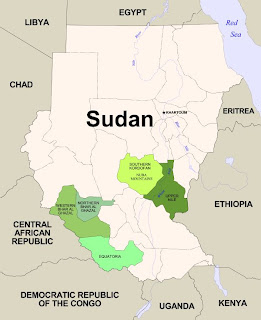 "Whilst the South and Abyei have clearly defined rights to an independence referendum - guaranteed by the presence of the SPLA and thus with the option of unilateral secession should the peace deal fail to be fully implemented - the two `contested areas’ are only given the ill-defined concept of `popular consultation’ on their future status," said Peter Moszynski, a Sudan analyst who began working in the Nuba region in 1981.

The SPLA’s ranks in the Nuba Mountains were largely filled by local people, but those forces have officially pulled out of the region under terms set down by the peace agreement, with only special joint north-south units remaining.

Tensions have also risen following recent comments by senior Southern Sudanese officials in favour of separation, including a speech by the Southern president, Salva Kiir, that voting for unity would make southerners "second class" citizens.

"The Nuba people fear the breakaway of the south because they will be left as an isolated minority in the north - and will also be on the frontline of any future north-south conflict," Moszynski said.

"There are huge concerns that the Nuba Mountains could return to fighting," said Sudan analyst, John Ashworth. "They have no referendums - but many ordinary people are not aware of that yet and will be angry when it finally dawns on them. The `popular consultation’ is vague and probably meaningless."

Sentiments flagged already in October 2008 by International Crisis Group (ICG) in a report on Southern Kordofan entitled The Next Darfur? "If the NCP, SPLM and international community fail to pay the required attention to the divided region," the ICG warned, "their inaction could come back to haunt them in a way that threatens the stability of the already divided country."

HDEO has a long and personal relationship with Sudan. "Big Country with Big Problems" as my Sudanese mentor (a Nubian Arab as it happens) told me in 2005 as the CPA was signed and Darfur was in flames. I could tell him after a few years experience that "Sudan also has a Big Heart." How else can Africa's largest nation continually overcome so much adversity? HDEO aims to post frequently as this amazing country approaches the momentous referendum in 2011.