Somewhere right now, fellow Red Cross colleagues, Gauthier Lefèvre and Laurent Maurice, are being held hostage in Darfur and Chad. The exact location is of course not known. Gauthier was kidnapped in western Darfur some 70 days ago on 22 October and Laurent taken in eastern Chad nearly 50 days ago on 09 November. Their abduction followed hot on the heels of the release of two other aid workers who had been taken hostage: Irish aid worker Sharon Commins and her Ugandan colleague Hilda Kawuki were released in mid-October after some four months in captivity. Two civilian workers of the UN peacekeeping mission in Darfur (UNAMID) are also still in the hands of their abductors since last August. 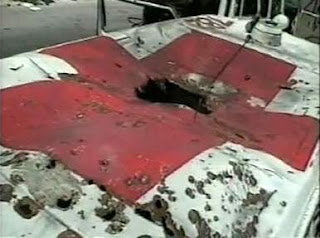 The most recent reliable statistics for 2009 cite 19 aid workers being killed in Sudan and dozens more kidnapped. In 2008, according to the Humanitarian Policy Group (HPG), some 260 aid workers were killed, kidnapped or seriously injured in violent attacks. This year's numbers are trending to surpass 2008's record breaking figures. The amount of murderous and hostage taking incidents of aid workers is indisputably surging with the annual average now three times higher than the previous nine years (when systematic documentation of this type of data was first seriously gathered). Interestingly, the figure of aid worker fatalities now exceeds that of UN Peacekeeping troops.

The traditional 'protection' afforded to humanitarians working in areas of conflict (or post-conflict) has its origins in universally accepted norms of war which have been most recently enshrined in the Geneva Conventions of 1949 (and their related Protocols of 1977). The Conventions outline the obligation of 'beligerents' to provide protection to civilians and non-combatants and specifically points out their obligations towards facilitating security for people and assets (warehousing, telecommunications, vehicles etc.) engaged in humanitarian activities that are aimed at reducing the suffering of people not taking part in the conflict i.e. the non-combatants (which also includes injured or detained fighters and soldiers i.e. people who no longer pose a threat).

This legal and de facto protection has become increasingly eroded and is probably best demonstrated during the war in Iraq when humanitarian organizations were directly targeted (including the Red Cross head office in Baghdad) as they were wrongly perceived by the insurgency to be part and parcel of the occupying forces. What's more, the very work of aid agencies in places such as Afghanistan, Somalia or Sudan, which includes providing clean water, sewage treatment, effective medical care, infant nutrition programs and so on - is now often viewed as contrary to the 'war' aims of insurgency groups in whose interests it may be to maintain chaotic and dire conditions (as the contrary - the success of aid work - might indirectly reflect well on the central powers that be, or want to be).

There is another aspect which niggles slightly and that is the deafening silence that generally meets the news of aid workers being killed or taken hostage. There is not only a relative silence from governments, media or the public but even from the humanitarian sector itself. Compare the death in Afghanistan of aid workers to that of soldiers who, by and large, are armed to the teeth and sent to Afghanistan to kill or be killed. I don't dispute military interventions - not my business - but it is quiet incredible that the media is so keen to eulogize the military as 'fallen heroes' and ignore those who risk (and give) their lives desperately trying to make a difference on the human level without resorting to state of the art munitions and military occupation. 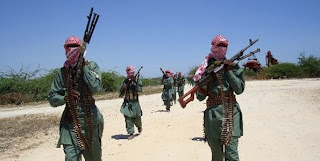 Ready for risk but not to be a target

This realization - ever rising fatalities among aid workers in recent years - will inevitably affect how aid organizations operate in increasingly insecure environments. Can you, as an operational manager of an aid agency, send your people into danger zones knowing that the risks are unacceptable; knowing that they are likely targets? As is often said, aid workers are ready to accept the risks that come with the context of conflict but can we really accept to be a target?


There are many possible reasons for this worrying trend not least of which are the blurring of the lines as occupying military armies (such as the US and its allies) increasingly resort to what they like to call 'hearts and minds' whereby you have the contradictory scenario of soldiers doing aid work (normally conditional on locals cooperating with military objectives rather than based on urgent humanitarian needs). And then you have the massive increase in private military contractors - as many as 100'000 working directly in Iraq alone - basically guys in tee shirts and jeans (just like aid workers) but part of the occupying power and walking around heavily armed (unlike aid workers - but can armed opposition groups or the public tell the difference?).


Neutral, independent, humanitarian action must be maintained if we are to retain a smidgeon of security, international law, human decency, conversation and understanding between the richly diverse and distinct peoples of our confused, imbalanced world. In the jargon of the aid business, the humanitarian space is shrinking fast. We have surely come too far, learned too much from the 'colonial' type mistakes of aid in the past, to resort to a regressive 'aid through the barrel of a gun' - or am I completely naive?

Meanwhile, spare a thought for Laurent and Gauthière and the good people of Sudan and Chad who are helping to secure their release.