Anna, Stanislav, Natalia: Who's Next?

"Grozny was a wasteland, physically, morally, psychologically. Ms. Estemirova was almost otherworldly. She inhabited a separate Chechnya, a region where dignity might prevail." (CJ Chivers) 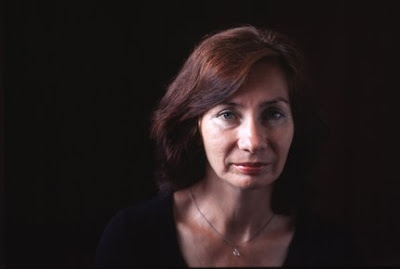 When I read last week of the brutal death of Natalia (Natasha) Estemirova I was transported back to the northern Caucasus and the violence that still breathes its stinking breath there, gloating in its own impunity, and stalking protectors of the unprotected.

My mind, without prompting, immediately conjured up the terrible scene that likely unfolded for Natasha. The early morning snatch which would have been clinical and swift leaving her in no doubt that her hour had come. The calculating brutality as she was dragged from from the car, the pumping of bullet after bullet into her head and torso as she lay there defenceless.

In those last seconds did she regret her dedication to human rights? Did she doubt if it had all been worth while? Did she fear for her young daughter’s future? The thugs that pulled the trigger wanted silence. It is in their interests to spread a cancer of fear through torture, abuse, crime and the cold blooded murder of innocents. To rid the area of neutral observers is the tactic.

For aid workers of a certain generation the name ‘Chechnya’ can have ominous undertones. It was here on the 17th of December 1996 that six Red Cross workers were killed as they slept in the bedrooms of the hospital they worked in. A hospital dedicated to tending the war wounded victims of Chechnya's conflict.

The six were assassinated by gunmen who still roam free and unpunished. I had just joined our team in the Russian Federation at this time and the trauma that it sent through the aid community, but in particular our organization, was deep and lasting. 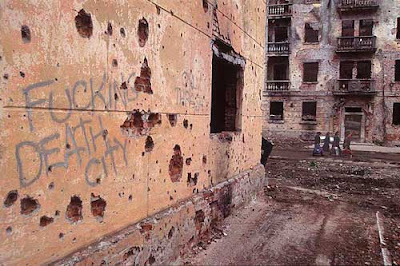 Essentially, overnight, everything changed. We went from an organization that embraced risk and excelled at operating in war-torn regions, assisting and doing our best to protect the victims of conflict, to an organization that was forced to put its own safety first – even when that meant abandoning conflict-ridden communities desperately in need of an independent organization to advocate in thier interests in the uphill struggle to reduce the suffering of war.

The tributes that poured in for Natasha from her Chechen neighbours, from her human rights colleagues all over the world, and from the many journalists she had come to know, is a testimony to the remarkable woman that she surely was.

In one such tribute, from journalist CJ Chivers of the New York Times, who knows the region better than most, he summed up Chechnya in a few words: "Chechnya is a tiny spot on Russia’s big map, home to only several hundred thousand souls. But its past two decades offered lenses into factors driving modern war: nationalism, oil, religious intolerance, racism, tribalism, blood codes that demand revenge, irregular fighters and ill-disciplined conventional units, outright banditry, poverty, official corruption and, for good measure, traveling Islamic mercenaries and a government rooted in a personality cult."

Estemirova's death is the latest in a series of attacks and murders of human rights workers seeking justice and accountability for violations, particularly in Chechnya. In January, Umar Israilov was shot and killed in broad daylight in Vienna, where he was living in exile. Less than a week later, Stanislav Markelov, a prominent human rights lawyer who represented numerous victims of human rights abuses in Chechnya, was shot to death on the street after leaving a Moscow news conference. Anastasiya Baburova, a journalist who was with him, was also killed. No arrests have been made in either case.

Most famously, investigative reporter Anna Politkovskaya was shot dead outside her Moscow apartment in October 2006, after writing numerous articles critical of the human rights situation in Chechnya.

Tanya Lokshina, a colleague of Natasha, recalls how she came to town for her friend Markelov’s funeral earlier this year : "We sat at my kitchen table talking into the wee hours about Markelov and Politkovskaya and speculating about who would be next. Now I know." 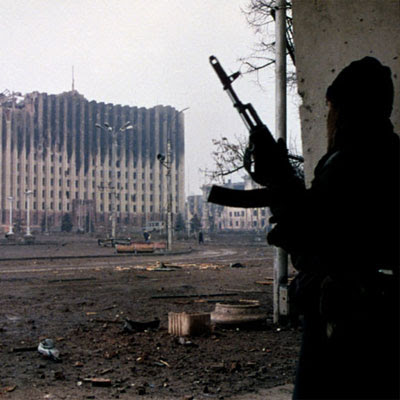 In an article Tanya wrote for the Washington Post she says: "We don't know who pulled the trigger on the gun that killed Natasha, but responsibility for the climate of impunity in Chechnya goes straight to Moscow."

These sentiments were echoed by Kenneth Roth, director of Human Rights Watch: "The Russian authorities should take every possible step to bring Natalia Estemirova's killers to justice. It seems to be open season on anyone trying to highlight the appalling human rights abuses in Chechnya. It's high time the Russian government acted to stop these killings and prosecute those responsible."

If Natasha did have doubts as she faced her assassins I hope that time will prove that its not so easy to quench the flame of humanity. Natasha's dignified, selfless and courageous fight for the rights of the voiceless many cannot be in vain.

I leave the final word to her friend, journalist CJ Chivers: "She was, improbably, a one-woman parallel government, providing services that the real government was unwilling to offer. She found the incarcerated. She hunted for hidden graves. She built cases against perpetrators, even when she found, as she often did, that they wore government uniforms."

(The title of this post is taken from a banner at the Moscow march held in honour of Natasha and in rememberance of her fallen colleagues).

Also - worth a read from the Guardian UK.