Cholera soars while funds dry up 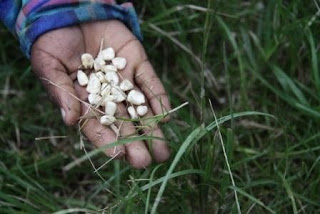 At some point in the past three weeks Zimbabwe passed a grim milestone. On one day in January Zimbabwe registered cholera case number 60,001.

A week before Christmas 60,000 was considered the worst case scenario. Now, humanitarian organizations working in the country fear that the toll could climb to 100,000 or beyond. Whatever the final number, Zimbabwe is now in the grip of the worst cholera outbreak on this continent in 15 years. In six sickening and painful months, Zimbabwe has surpassed Africa’s continent-wide annual average of cases and deaths.

And yet despite the constant media focus and the pledges of solidarity from around the world, efforts made by the humanitarian community to arrest this slide are being undermined because we are rapidly running out of funds.

In a typical case in Kadoma, there is a Red Cross cholera treatment centre. There, a football pitch had been co-opted by tents and aid organizations and is a refuge for 100 people suffering from this awful illness.

A young woman arrived on an oxcart. She was carried by her family and a couple of harried nurses to a registration desk. As her details were recorded, this poor girl lay on a tarpaulin, shivering with exhaustion and dehydration.

As the situation unfolded a man approached a Red Cross worker. He explained that his village had lost 10 people in recent days to cholera. He pleaded to arrange some transportation as, just like the girl, all the cases in his village had to be brought in by cart or wheelbarrow. Ten kilometres, he said, is a long distance with that kind of load in this type of heat.

His request was taken to the nurse in charge. “What vehicles?” she asked. “There are not that many unused trucks or cars, and besides, where would we get the money for the fuel?”

In the centre of the tented stadium one tent was put aside for the most acute cases. A stench of chlorine greeted those who entered. Everything here is scrubbed thoroughly and repeatedly.

To the right there was a woman hooked up to a respirator. “Renal failure,” the nurse whispered. A pre-existing condition exacerbated by cholera. “She should be in Harare,” Sister continued. But again: transport.

The girl outside will be ok. Cholera is not a difficult illness to treat. Some fluids, some tender care and some rest will see her back on her feet in a couple of days. She was lucky because her community had an oxcart, and her village was within a manageable distance. Like pretty much all of the cases in this makeshift hospital, she will recover and return home.

Here, she will have first rate treatment, and access to sanitary toilets and regular food.

But then she will go home and there’s no guarantee that the cholera can be kept at bay. We can picture her village. If it is typical of rural Zimbabwe today it will most likely have no running water, no sanitation, no food. She will be encouraged to practice basic hygiene and to drink from clean water sources. She and her family will be visited by Red Cross volunteers and this message will be reiterated.

But what would you do if your only water source was a muddied river, and if you could only carry what you and your family could drink?

The truth is that Zimbabwe’s economic and infrastructural collapse sit hand-in-hand with this cholera outbreak.

None of this is to say that organizations like the Red Cross don’t have a key role to play. The infrastructure issues must be addressed, but they are longer-term concerns. Right now, our focus is on stopping infections and deaths. Turning the tide of cholera is literally an urgent matter of life and death.

The Red Cross Red Crescent is doing a lot, and the impact is clear. For starters, we are producing millions of litres of clean water and digging sanitary latrines. We are supporting overworked and under resourced clinics with drugs and expertise, and our volunteers are in the remotest villages explaining to people the simple steps they must take to identify and avoid the illness.

And yet, despite the desperate needs, and despite the very real impact that the Red Cross Red Crescent having across the country, our cholera operation is scarily under-funded. Unless this changes we will be forced to revise our plans. And this is simply untenable.

We have already seen one ‘worst case scenario’ overtaken. The people of Zimbabwe – can’t afford another. They have suffered more than enough and desperately need our collective efforts to rescue them from this appalling humanitarian crisis. The resources needed for battling cholera on the frontlines must be provided. The death toll already exceeds three thousand. We cannot let it reach four thousand. That would be one milestone too many, too grim and entirely unnecessary.