"More Lives than One" 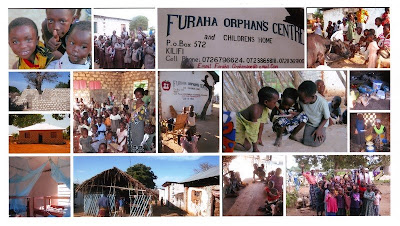 Dennis McClean writes about an evening of drama in Geneva and how it contributed to improving the lives of children orphaned by Aids in Kenya.

The world woke up last Thursday morning to the startling news that the number of billionaires has dropped for the first time since 2003, down a staggering 355.

Unfortunately, the numbers of children orphaned by AIDS shows no sign of dropping and currently stands at over 15 million children around the world but this rarely makes headlines.

Last Wednesday night we were able to help 25 of those orphans.

Those of you who were at the GLAS production "More Lives than One" in Geneva on the 11th of March probably woke up with a happy memory of the evening which brought to life the wit, wisdom and follies of Oscar Wilde and raised CHF6,500, enough to pay for a night in a suite at the Dorchester or to buy a Posho Mill to support the Furaha orphanage, north of Kenya.

We've gone for the Posho Mill which is a hammer mill that grinds maize into corn flour. Otherwise it has to be pounded by hand. Corn flour is a staple in the diet which is cooked and served as ugali. Ugali is a replacement for potatoes, rice or bread in east Africa.

We thank you all for your support last Wednesday which brought to CHF50,500 the sum we have raised over our last eight events for the Furaha Orphanage in collaboration with the Geneva-based Societe pour Les Enfants du Kenya led by the Papo family, Hilary, Jacqueline and Jacques.

Other items which you have funded over the last year or so include chickens and two cows, Chelsea and Catalpa which has delivered a calf. All the kids now go to school, properly equipped. They have access to drinking water, sleep in a new, clean dormitory and enjoy separate washrooms for boys and girls.

We thank also all the performers who have made this possible. Last Wednesday night it was the Dear Conjunction Theatre Company - a favourite of the late Harold Pinter - which enriched our lives through the great stage craft of Les Clack directed by Patricia Kessler. As indeed we do thank also our main sponsor,
Hyposwiss Private Bank Geneve SA and the Managing Director, Declan McAdams.

We also extend our appreciation to Jamie Leonard, wealth manager at Fund Advisers here in Geneva who is now the proud sponsor of the best book and whiskey raffle in the world.

We have had some very positive feedback from audience members last Wednesday night. Anyone who would like to write a review or commentary on last night's performance is welcome to do so (max 50 - 100 words). We will be offering a pair of free tickets for the next show to the best entry, and will post them all on our website. Do let us have your views at info@theglas.org.