Transatlantically Yours - a New York memory 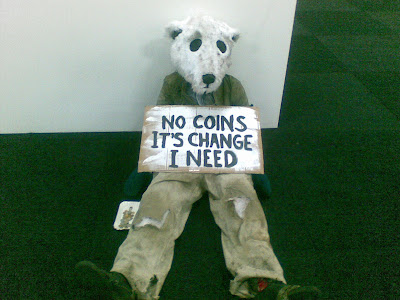 I am writing this at 30’000 miles up in the sky -- flying transatlantic from Geneva to New York -- and will post it as soon as I touch down (this did not happen as hoped. Wifi is difficult to access in NY unless you pay for it!). Despite being someone who basically feels much closer to Boston than Berlin I don’t often get to the United States in my line of work. And, as a young student and wanderer my compass more often than not veered eastward. The last time I set foot in the US was in 2004 when I attended the wonderful institution of Harvard for a month or so to complete an advanced diploma in international law (the precise name of the course was: Contemporary Challenges to the Laws of War – a controversial subject close to my heart and one that we will touch on another day). Both Harvard and Boston were a fantastic experience and one full of weird and wonderful happenings. Here is a taste for your delectation:

On my first morning in Boston I went looking for the down-homiest deli I could find to have a typical American breakfast experience. I chose one, a mile or so from the centre of Cambridge, run by two brothers which boasted the best burgers in Boston. It looked suitably lived-up for me so in I went. The place was quiet apart from the two brothers squabbling like an old married couple. I sat myself at the counter, ordered eggs over easy, and was soon joined by a friendly middle aged blonde who sat up on the stool next to me. Turns out she was Katie Couric (I had not heard of her at the time) and was waiting on some guy who she was planning to interview for her NBC show “Today”. The guy in question arrived soon after and sits up on the other side of me (thinking probably that I was hanging with Katie) points at my t-shirt (suitably Irish-themed for my Boston experience), shoves out his paw for a handshake and says “hey, I’m Irish too”. To cut to the chase the guy in question was Ben Affleck. I was a bit taken aback as I had literally just gotten out of bed and had been only a few waking hours in the great town of Boston and now found myself breakfasting with Ben and Katie. As it turned out, Ben (and his buddy Matt Damon) lived just up the road from the Deli (can’t remember its name) and he was in town to speak at the Democratic Convention (which was to nominate the great flip flopper to run against George W.).

Now, speaking of the Democratic Convention – this was the same one when a little known but rising political star by the name of Barack Obama was slotted in as a keynote speak. As a political junkie I was keen to get into the Convention and eventually managed to wangle my way onto the fringes thanks to a tale and pint-swapping session with a rowdy bunch of Boston-Irish democrats in a local watering hole. It happened to be the evening when the Great Unknown senatorial candidate spoke and inspired. Looking back, it seems his aura or reputation or both had preceeded him because there was palpable anticipation in the air. His speech was indeed powerful and memorable along the lines of the ‘change’ theme that he has since made his own (the photo accompanying this blog was taken on my phone at a recent climate conference in Poznan Poland). I remember being impressed with his youthful appearance (among a throng of crusty silver-haired types), inspirational oratory style and in particular a confidence that charmed rather than chastised. Within an hour I was back in the watering hole with my Boston-Irish minders where the topic of the day was the smoking ban in Boston’s pubs.

My last time in New York itself was less impressive in terms of meeting the likes of Ben, Katie and Barack, but very memorable as one of life’s crossroads. I actually last left NY in January 1995 to return to Ireland to take up an offer from Geneva to join the International Red Cross for a six-month assignment in Azerbaijan as an Information officer. I remember the journey back very well. Sitting in the back of an Aer Lingus plane with my good friend John ‘Hoppy’ Flanagan, the two of us puffing endlessly on cigerettes, drinking whiskies, and playing cards. The wonderful Irish air hostesses couldn’t give us enough miniatures of the pure drop. I distinctly remember one of them sitting down with us to smoke a fag and play a hand of poker. How times have changed! They’ve turned planes around and had people arrested on arrival for less these days. Coming into land in Shannon I remember a fleeting realization that Ireland was actually a rock in the middle of the Atlantic. In retrospect, this realization has done wonders for my tolerance of Ireland’s God-awful weather. Shur what else can we expect sitting unprotected out in the cold unforgiving Atlantic? Anyway, off to Azerbaijan I went for six months, fully convinced that I would soon be back to NY to pursue a career in journalism and TV. But, I stayed 18 months in Azerbaijan, and then another 18 months as I became inextricably attached to the former Soviet republics and then …… Basically, it has taken me nearly fifteen years to return to NY. And I do so with the humanitarian bug firmly stuck in the system.

(Posted from Starbucks – on ‘paid-for’ wifi – on the corner of Lexington Ave. and East 40th Street).