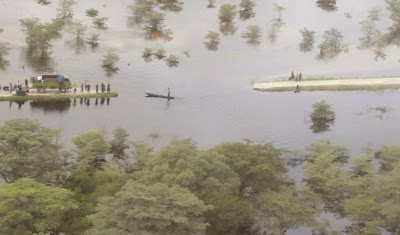 Flooding has cut off food supplies to 4,000 people in northwestern Mozambique, as swelling rivers and a strong tropical storm raise fears of severe weather emergencies.

At this moment marine officials, the Red Cross, the government, health and community volunteers are all prepared to face this storm. It is reported that food aid would be needed in Cuamba, in the northwestern Niassa province, where the Lurio river basin has swollen under heavy rains that have been pounding the southern Africa region for weeks.

Flooding in the upper Zambezi river basin, first posted here one week ago, has already displaced hundreds of thousands in Angola, Namibia and Zambia. The deluge has jeopardized food supplies in the southern African region and raised the threat of cholera and malaria outbreaks.

As the flood waters travel downstream, officials in Mozambique are nervously watching their own stretch of the Zambezi basin. Last year, heavy rains in Zambia, Zimbabwe and Malawi caused flash flooding in Mozambique that displaced tens of thousands of people and destroyed almost 100,000 hectares of crops. 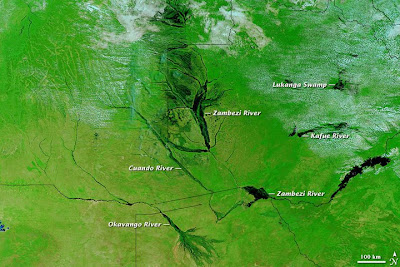 Emergency officials in Mozambique are also monitoring tropical storm Izilda, which meteorologists say is gaining strength in the Mozambique Channel. Mozambique is no stranger to weather-related disasters. In 2000-2001 about 700 people were killed in one of the country's worst floods when torrential rains hit the southeastern African country. Many lessons have been learned from that tragedy and today Mozambique is better prepared to save lives before disaster strikes.


Rain continues to lash countries along the course of the upper Zambezi River, aggravating already extensive flooding in Angola, Botswana, Namibia and Zambia, where crops and infrastructure have been destroyed. In Namibia at least 90 lives have been lost and 350,000 people affected. Read my colleague, Matt Cochrane's, on the spot account.

Namibia has launched an operation to rescue schoolchildren marooned by floodwaters at a boarding school in the country's northeastern Caprivi Strip. 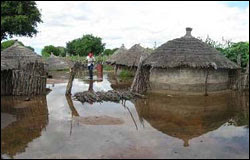 Rapidly rising water levels in the Zambezi, Chobe, Kwando and Linyati rivers meant more than 19,000 people have had to be evacuated from the Caprivi Strip and relocated to eight camps.

The Zambezi River, which rose to record levels, has begun to subside and rains have eased in Caprivi’s neighbouring Kavango region, where 2,000 people have been relocated to six camps.

The Namibian government has declared a state of emergency and released US$10.9 million for disaster response efforts. The International Red Cross has already issued an appeal and released emergency funds to allow quick and early action.

this report was garnered from IRIN, Alertnet, AFP and IFRC