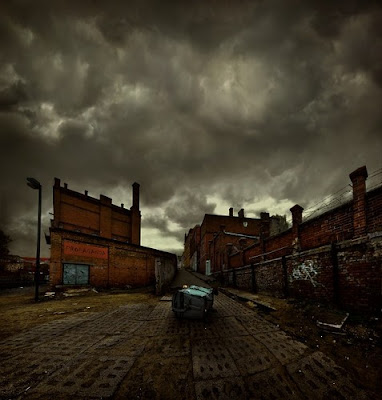 Yesterday, Friday 06th of March, I took the early morning Amtrak express (known as the Acelas) out of Penn Station in New York. My destination was Washington DC, some 3hrs away. 24hrs later I am back on the Acelas, New York-bound and taking in the ‘scenery’ for a second time. This train ride is a real eye-opener. It provides a close-up view of what we can call Amtrak America; scenes from the railroad. The first impressions I had yesterday were quiet negative to say the least so I am double-checking them right now. What you witness in Amtrak America is not pleasing to the eye. In fact it is mind-numbingly dull and decrepit. Great hulking steel structures lay dilapidated and rusted, neglected monuments to former glory.


These twisted configurations were once workhorses in freight yards and docklands; corrugated warehouses gleaming with grain; car lots loaded with corvettes and mustangs. Rusted steel, charred beams and rotting rubbish are now the predominant features of this urban landscape. Then there’s the housing. OK, railroad neighbourhoods may not be top end but for three hours between DC and NY all you see is low income box houses that would have demolition orders slapped on them anywhere else in the world. Boarded up, broken down and beat up but still being lived in. Trundling through Baltimore for instance you are confronted with stark rows of bunched-up box houses that haven’t seen a lick of paint or a minimum of maintenance since they were hurriedly banged together in the fifties (with the cheapest of materials no doubt). Their smashed windows are mostly blocked out from the outside world with sheets of graffitied plywood (or maybe blocked out from the prying eyes of Amtrakkers). These neighbourhoods just scream out for “Change”.


Stimulation across the nation

The economy and the new Administration’s so-called stimulus package is the talk of the day in the US today, and nowhere more so than in the political engine of northwest DC. Although my time was short in DC it was intensive with meetings and discussions long into the evening and I got a clear and certain feeling that Obama-mystique is fading fast as the scary reality of the financial crisis checks in. The economy and the new administration’s stimulus package are the only story in town. This morning’s headline in the venerable Washington Post does not aim to reasssure: “Job losses could drown Stimulus” it declares. Does this mean that the much-heralded stimulus package is already doomed before it starts?

Obama’s stimulus package (on which large chunks of his burgeoning reputation depend) is around U$787 billion dollars and the main stated objective is to “save or create” about 3.5 million jobs. But here’s the thing, the US has already bled nearly 4.5m jobs since the recession began. And few are escaping recession’s blunt axe.

Everyone I met yesterday spoke about recent lay offs close to home. One group was going through a massive 30% cut of its workforce – a thousand people laid off. Another felt grateful that “only” sixty-four people were laid off last week. Two of my dinner companions had just been laid off from jobs they had plied successfully for more than ten years. Inside the Post’s pages you read mostly economic gloom and doom.

Encouraging headlines are not in evidence. It seems there is little room right now for words such as ‘Hope’ and ‘Change’. In their place you are served up stories such as: Job losses threaten to overwhelm US Crisis Response; US Jobs outlook darkens; Sinking stock options; Markets reach 12 year low; Career fairs filled with anxiety; Harsh week for stocks; Recession snags plan for wild horse reservation; and even, in the sports pages, a story about the bankruptcy of Magna, owner of America’s most famous racetracks. So it seems there is no escape even for the apparently recession-proof world of gambling.

In the editorial pages, there is a white-knuckled swipe at Swiss banking secrecy that urges Obama’s team to up the pressure and break the banking system that is believed to be aiding and abetting US tax dodgers. The Post estimates that these tax evaders number more than 54’000 US citizens and are suspected to be secretly hoarding as much as U$8 billion in Swiss bank accounts. In fact, this figure is considered the absolute minimum. The truth could be much much higher. Americans, and the normally gentile Washington Post, are in no mood for time-worn polemics about ‘banking tradition’ and it is likely just a matter of time before the Swiss are forced to relent and repent. A friend of mine, who works as a senior wealth manger in a major Swiss-based bank, reckons that funds benefitting from secrecy could amount to 30% of the Swiss economy. I find this hard to believe but he is convinced and he knows the business better than most. Even if he is less than half wrong, and such funds account for say 10% of the Swiss economy, then the stability for which neutral Switzerland is famed will be massively, irreparably dented. Few economies could survive such a blow without widespread pain and hurt.

Meanwhile, the Acelas trundles closer to New York. We are crossing a body of slime water on a rickety rust-bucket of a bridge near Philly. The Amtrak vista has not improved. This is just a tiny slice of America I know but it is the portion that lies between what are arguably the two most important cities, DC and NY. From where I sit you would need a truckload of stimulus packages to fix and clean the mess scattered around the railroad towns of the east coast. Pretty it ain’t though the graffiti does seem to be improving as we approach New York.$