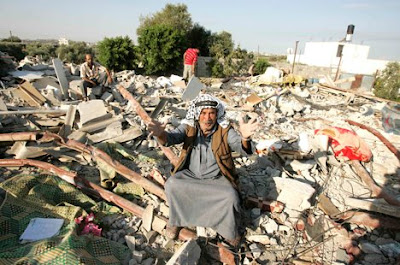 It is now three months since the end of the latest round of conflict in Gaza between Hamas and Israel. Last December and January this conflict topped the news agenda and the world was appalled by the shocking and disproportionate force against the civilian Palestinian population which was literally trapped inside the Gaza enclave. More than 1300 Palestinians (an estimated 400 of them children) lost thier lives in the military operation and some 5000 suffered serious and debilitating injuries.
In early March, the 'international community' gathered in the Sharm el Sheik Red Sea resort in Eygpt and pledged some US$5 billion in assistance - a record when it comes to the Occupied Palestinian Territories (OPT). At the time, we posted a slightly tongue in cheek blog about past experiences when the Israeli authorities cut Gaza off and not even washing machines were allowed in. We wondered aloud whether the 5 billion would get to those who really needed it or if it would stay stuck at the crossing points, and suffer the same fate as the washing machines. It seems our worst fears were realized.
Despite the vast majority of these pledged funds being earmarked for reconstruction, Israel has continued to refuse the transport of badly-needed construction materials into Gaza. This means that Palestinian families are still standing knee deep in the rubble of their homes (it is estimated as much as 20% of Gaza's buildings were razed to the ground during the conflict).
After some research on this issue here are a few bullet points of interest taken directly from the most recent online humanitarian reports:
If this issue were not so serious in humanitarian terms it could be an amusing exercise in comic absurdity. What justification can there be one wonders for prohibiting macaroni and tomato paste? At least an excuse was provided for refusing plastic mats (in case they were used as prayer mats). 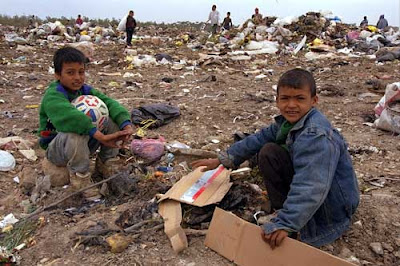 But behind these statistics are human needs that are not being met. Shelter is not being provided to people left homeless by the destruction caused by the military operation; livelihoods cannot recover without raw materials for production; fishermen in ricketty boats are not allowed past three nautical miles and are left to stand on the shore as others hunt the seasonal shoal of sardines (interestingly Gaza is allowed to import fish products from Israeli merchants).
Three months on and Gazans are still in dire need. Little has changed for them and even while the Israeil military operation is officially over, incursions continue and violent internecine clashes between Palestinian factions are a daily reality for the population. The only difference today is that much of the worlds media attention has moved on (piracy being the topic of the hour). 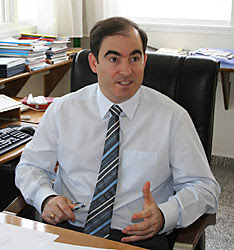 John Ging, the Irish Director of the UN relief agency in Gaza, and someone who has demonstrated incredible dedication to the humanitarian plight of Gazans, declared recently, the exasperation obvious in his voice: "We need access. Its the number one issue, the number two issue and the number three issue".
A trickle of less than one hundred trucks a day are entering Gaza, about 20% of which are carrying humanitarian assistance and the remainder an assortment of commerical goods (mostly of Israeli origin) which are considered 'safe' by the Israeli authorities. To be noted, that even during the impoverished times of June 2007, Israel was allowing in some 500 truckloads of goods a day to 'maintain' the population. But it is not enough to gaurantee survival for the population in Gaza. It is not about keeping people alive but about giving them a reason to live a dignified life. 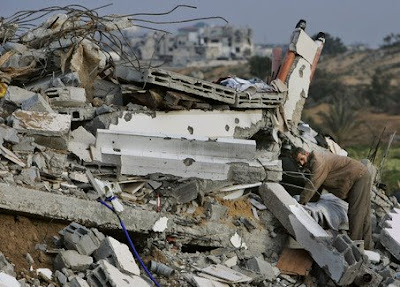 Meanwhile, the political landscape has reshaped itself with some interesting dynamics in place. Fatah and Hamas are today heading off to Egpyt for another round of reconciliation talks with zero headway reported to date. A far right of centre coalition has taken power in Israel, torn up the Annapolis peace agreement and asserted its intention to expand illegal settlements in the West Bank (this gives us the sad irony that while Gazans cannot rebuild their homes, illegal settlements continue to be built on Palestinian lands in the West Bank).
The whereabouts of Israeli soldier Gilad Shalit remain unknown, presumably still held by Hamas inside Gaza after nearly three years. Talks on a prisoner swap with Gilad as Hamas' bargaining chip, have all but failed. George Mitchell has been appointed by President Obama to mediate the Arab-Israeli peace process. He is a skilled and brilliant man whose role in Northern Ireland proved to be key to building peace there. My fear would be that like many of his predecessors, including Condoleza Rice, Mitchell gets stuck at the micro level negotiating the opening hours of crossing points with Israel while the big picture remains untouched and any hopes of real rapproachement and a political solution grows ever more distant.
For more on the daily life of Palestinians, I would recommend the reports of Ayman Mohyeldin, a brave and objective journalist.
/PC
Posted by Unknown at 8:11 PM