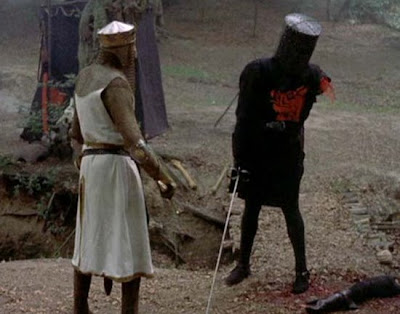 You don't hear many "New Russian" jokes these days. If you don't live in the former Soyuz then you probably never heard them. They are the little guys way of getting back at the fat cats who raped the region's assets in the 90s, deploying any number of nefarious, dangerous and plain evil strategies to get loadsaroubles.

The chief characteristic of the "Novy Russki" (who can also be from anywhere between Crimea and Chukotka - in fact there's two really fertile breeding grounds right there!) is black clothes, gold chains, model-level babe called Nastia on his arm, Hummer, enormous mobile phone (or tiny depending on the fashion) and - most impressively - zero taste. In anything.

Novi Russky will eat deep-fried calamaris covered in garlic and wash it down with a 1,000 dollar grand cru. Or hang a priceless picture of Ukraine's national Bard Shchevknenko on the wall but never have a book in the house, and never see the irony. It's all about conspicuous consumption, not value, taste or enjoyment.

I almost rented an apartment from one such langer last year, a no-neck lowlife called Sergei whose apartment was full of worthless junk that he'd paid thousands for. He might have inspired the classic New Russian joke: Dima opens the door of his black BMW and as he does, a hummer roars by and wrenches off the door and Dima's arm. Dima looks down at the gushing stump (think opening scenes of Monty Python and the Holy Grail) and roars "BLYAD. My Rolex!"

Why mention it now? Cause it seems hubris is finally fading and some much needed humility is back in vogue. I do, of course, feel sorry for the middle classes who are losing their savings, but I still relish seeing bad things befall these baddies.

We have an office driver, and this morning he was taking me back from a meeting in downtown Minsk. Traffic was ground to a halt, unusual for Minsk where the wide streets are relatively traffic-free. And then we saw why. Locked in a smashed embrace were two identical shiny black Beamers. And two identical New Russian's blabbering into brick-like PDA phones, jabbing their air with their impertinent sausage-like fingers

Our driver coughed, and I caught his eye in the mirror. I smiled. He grinned. And we both pissed ourselves laughing all the way to the office.